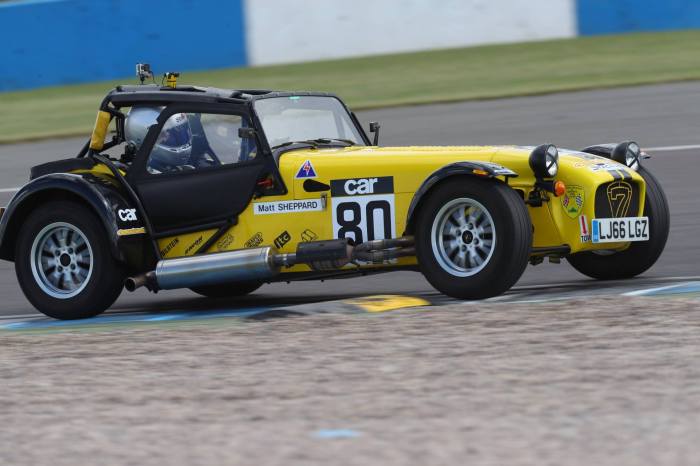 The Caterham season continued at Donington Park with sunny skies and high hopes to finally get onto the elusive podium.

It was also the first weekend of having the Caterham in the back of a van. Which it turned out was possible the best purchase of the year. Since it allowed me to bring multiple set of wheels, more tools. Possible the biggest advantage was psychological. If the worse happened on track. I no longer needed to worry about driving the Caterham home.

After two days of testing I was happy with my pace and it looked like the fight at the front would be between the same group as Brands. With a few more people likely to get involved as the field starts to get closer.

Qualifying was Saturday evening at 6:30pm so it was a long day of watching the other races and faffing with the car. I don’t know if it was the pressure or how it went wrong but I forgot how to change from 2nd to 3rd on 5 of my 7 laps. Not sure where 3rd was but it wasn’t where I was trying to put it. I ended up 5th overall which I was happy with as after losing time on pretty much every lap I had assumed I would be further down the field. I knew if I could sort out my own mental issues with 2nd-3rd changes I would go well. 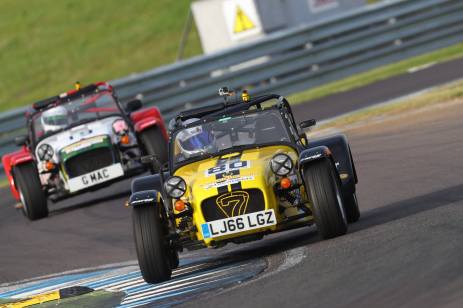 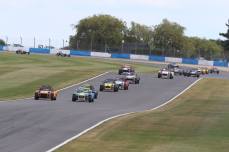 Our race was early afternoon which gave me time to watch some of the races and catchup with the family and friends which came along to support, Thanks everyone it means a lot to have you there even at times if I don’t show it!

I didn’t get a particularly good start but after the first corner action I managed to move up to 4th. Then the fun and games really started where Graham, Neil and I spent the first 1/2 of the race overtaking each other pretty much every other corner. I finally got myself in what felt like a “safer” 3rd and thought I could catch up the lead two. I then missed a 2nd to 3rd change and fell back to 5th. Lucky the video can’t hear my view on that! 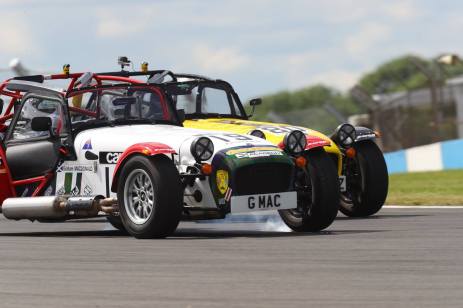 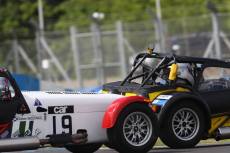 I then spent the next couple of laps getting my 3rd place back. That is what I loved about Donington. In the right situation it’s possible to overtake on every corner. If you have the time left there is always hope. While all this had been going on James who started in 1st and drop back behind us after the first corner had rejoined the fight for 3rd. I’m not sure exactly what happened at the chicane but when I saw a big gap had formed behind me I couldn’t help but smile. I now had a couple of second air to Graham. All I need to do was drive ‘sensibly’ on the last lap and 3rd was mine. Crossing the line and seeing the chequered flag was a great moment. Getting back to the pit and then standing on the podium was awesome. As was all the kind words from all the other drivers. There is such a good camaraderie between us. It’s an interesting dynamic as you want your friends to do well and feel bad for them when they have a problem. But their lost is generally your gain. 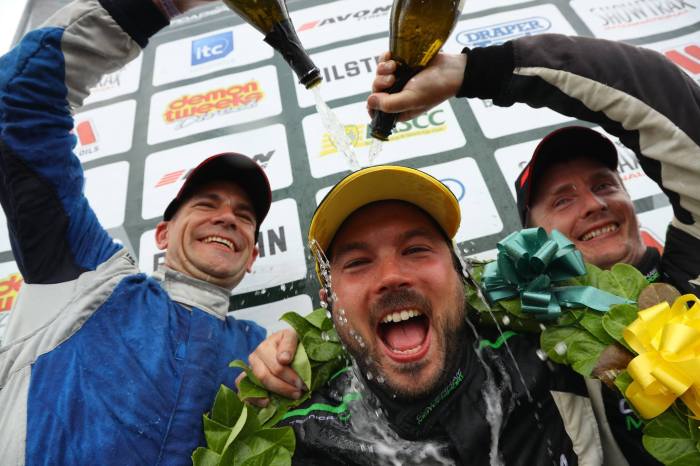 Roll on 5th Aug for the next round at Snetterton.