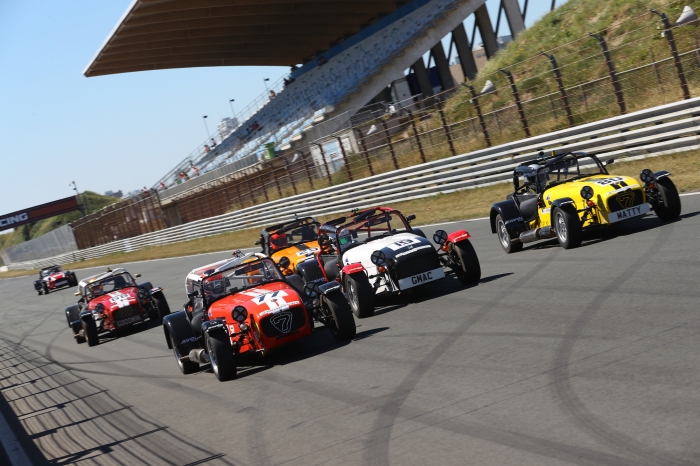 One of my fellow racers summed up Zandvoort pretty well as ‘If Carlsberg did race weekends’. Caterham Motorsport put on a perfect weekend of sun, sand and slipstreaming. I’m pretty sure regardless of the results all the drivers went home happy having had a fantastic few days on track. Being next to an amazing beach and perfect weather helped!

The circuit was a stones throw from the beach bars and a gem of a place with lots of fast sweeping corner which demanded a lot of commitment to get the best lap time. With a couple of long fast sections the tow was going to be all important again.

I went into the race weekend with high hopes of getting back on the podium. Which is a lot easier dreamt about than actually delivering. The battle between the first 7 in every race is really close and now at least 3 more people are joining that fight. So it’s only going to get tougher. Looking back at the videos it’s now easy to see how decisions you make at the start on which side to be on or how much space to give other people can make or break your race.
Still such an amazing buzz to race with such a great group of friends.

Congratulations to the podiums in both races.

The saying goes ‘all good things must come to an end’ springs to mind with quali. After being one of the fastest two people for six quali’s in a row that streak always had to end at some point. Like all the best racing drivers I have a ‘racing driver excuse’ or two in fact… Traffic and tyres. They are just excuses as 8 people ahead of me did a better job!

Normally the fastest group of drivers are the ones that start the quali queue but some drivers were super keen and started queuing early. In hindsight we should have joined them but instead the fast crew decided to stay in the shade and go out last. The plan was leave enough of a gap and trying to do some fast laps early on. Then pick off some slower drivers before getting clear air and working together to do some more faster laps. The plan failed. After 1 flying lap the traffic started and continued till almost the end of the session. You know it’s not gone to plan when you look back at the video and notice that there was more overtaking in the quali than the race! 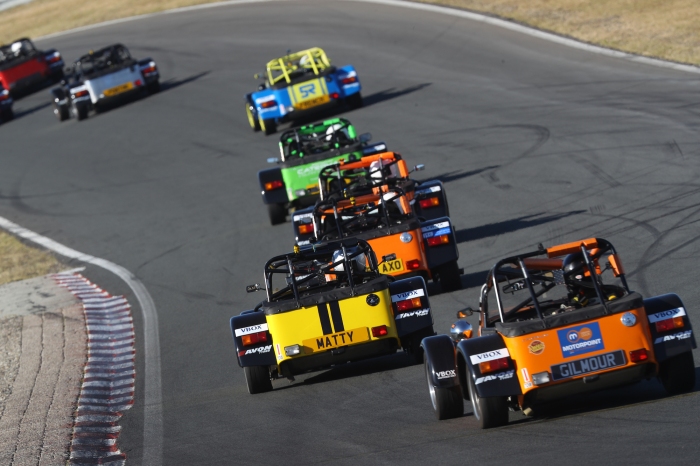 I won’t go into the (not) exciting world of tyre rules and what effect tyre depth has on lap times. Short version is I made a tactical decision to save my better ‘dry’ tyres for the two races and qualify on the ‘wets’. We call them wets, drys but they are the same tyre with different amounts of tread left. It can be worth 1-2 seconds a lap. I knew this would lead to a tough quali.  Where only a good tow was going to get me near the front as my best time on the ‘wets’ in testing had been a 2:03. While the ‘drys’ were good for a 2:01.

I would eventually end up 9th by far my worse quali result so far. Not an ideal spot to start but the highest I expected to be was 7th and after a lot of scrappy laps I wasn’t expecting any better if I’m honest. On returning to the paddock I couldn’t get those ‘race’ tyres on quick enough.

The first race was really just about moving forward so I would be in a better position for race 2. I knew with the worn tyres on my race pace would be far better than it was in quali and was looking forward to some good battles. It all started well as I got past three people in the first couple of laps. Pushing my luck I ran wide off the track out of the last corner giving up two of 2 places I had made up! 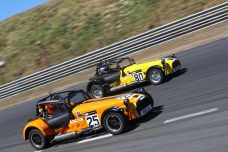 A few laps passed before I managed to get the double tow and overtake Simon & Oli down the inside of turn one. One lap later I got Neil around the outside of turn one. I was then surprised to find GMac in front of me, who had started on pole but looked like his car was struggling. After the race it turns out his tyre strategy was the reverse of mine. While I was going forward on ‘drys’ he was going backwards on ‘wets’. So I’m really happy I made the choice I did on that dilemma. 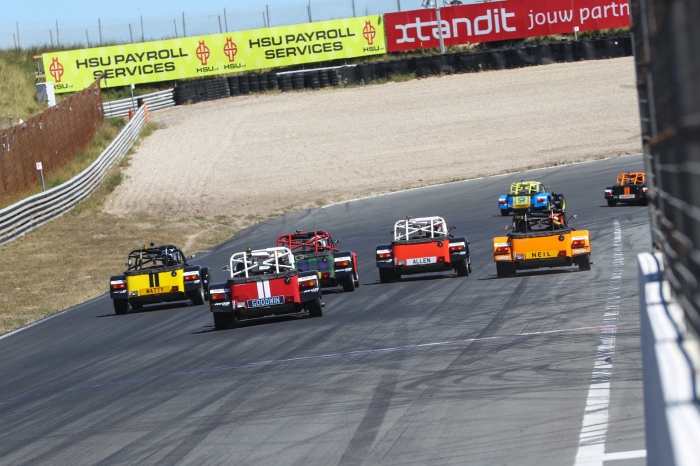 With 6 minute to go the lead 9 were nose to tail and it was shaping up to be anyones race. Tom overcooked it into the chicane and bounced back in front of GMac and my path narrowly missing Dan F in the process. All of this lead to one of the most ‘exciting’ moments in the race where we piled 4 wide into the hairpin at the end of the main straight. It’s the times like that I love where you put all your faith in the drivers around you that no one will screw up and everyone came out the other side. Annoyingly I was the guy on the outside and lost a place. 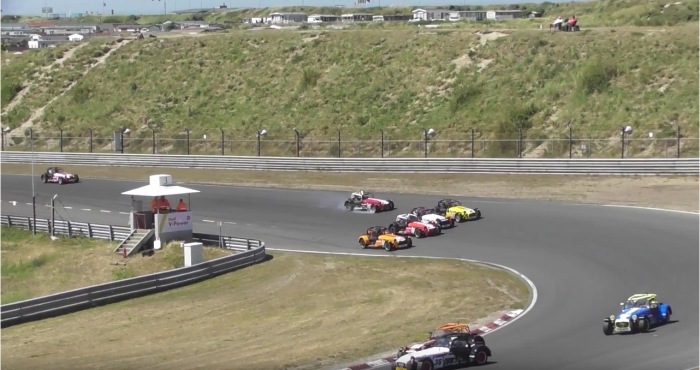 A couple of corners later GMac ran wide after hitting the kerb and I was up to 6th. I would remain in 6th for the rest of the race and be gifted 5th by Dan H who had an unlucky post race penalty for track limits.

Given I had started in 9th I was happy to get 5th. I obviously would have preferred higher but after coming off it was a good save on points.

Sloth like is how I would describe my reactions when the lights went out and it’s something I really need to work on! The first couple of corners I got squeezed and fell back a couple of places. This put me on the defensive trying to ensure that the gaggle of cars behind me stayed there. 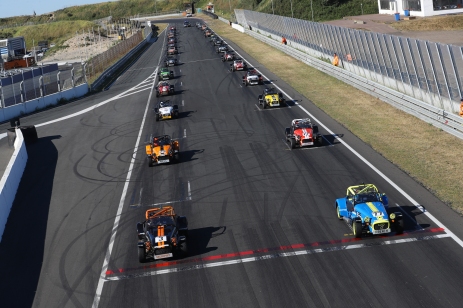 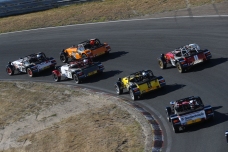 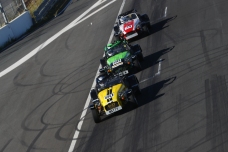 Having suffered with my tyres overheating in race one I dropped the pressures a little to much and it took several laps for the grip to return. 8 minutes in and the car started working and I was able to start attacking the guys in front. Within a couple of corners I had got past Neil and followed GMac past Simon into the fast 4th gear corner later in the lap.

At this point I had to chuckle as GMac and I were on track together again. Which has been the case pretty much every race since we started the Academy. Having learnt from our past mistakes we set about working together try and bridge the gap to the lead 4. Alas the gap proved too large to bridge. I missed the last lap board and just failed to nab 5th place over the line.

Next round will be at Castle Combe on the 11/12th of August. Combe is a bit of fiddly track and really not sure how it’s going to go. At this point I’m assuming the usual suspects are likely to be near the front and hopefully I can pick up a podium.

Photos as always from the excellent Jon @ Snappy Racers.com. Except for the blurry one. That was someone else 😉