Rockingham was another exciting weekend at the front of the pack. Where I quali 2nd and finished 4th and got the fastest lap of the race.

Firstly congratulations to Dan for claiming the championship before the final round. I think I still have a possibility of claiming anywhere between 2nd and 5th depending on how the final race at Silverstone pans out.

Quali was late on Saturday and it was very wet. The fast 5 decided to create a quali queue early so we could get ahead of the main pack. I was first out and promptly had a ‘moment’ on the first corner of the out lap. The next 15mins was an absolute blast and at times felt more like a drifting competition. I already assumed that in the wet Dan is untouchable so 2nd would be the best I would manage. After a trip down the escape road and having to rejoin the track I still managed to catch up with the rest of the fast guys so I was pretty confident I would be in the top 3. Turns out I got 2nd by a safe margin. Putting me alongside Dan on the front row. 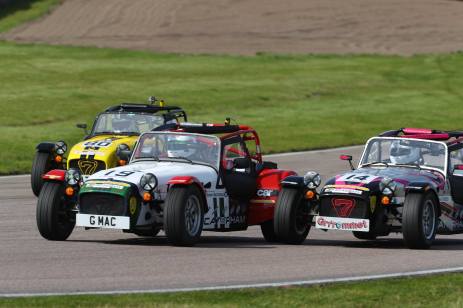 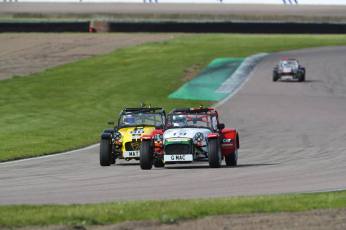 The sun was shining on race day and I got my customary rubbish start and was overly cautious into the first corner. Which dropped me down to 5th and trying desperately to get into 4th so I could charge after the front 3 before they got away. After a couple of laps I was clear of Paul and spend the next couple of laps in clear air chasing a podium setting the fastest lap of the race in the process. Graham and I then had another insanely close scrap where eventually I got into 3rd only to miss a gear and ultimately lose 3rd on the last lap. 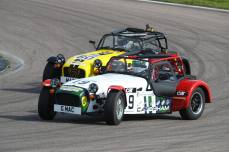 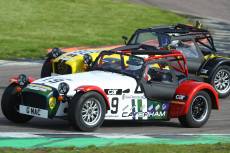 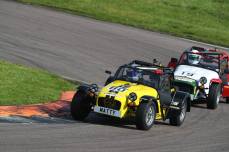 So again I wasn’t on the podium but no point moping about it. Since if I had started better and not missed a gear I would have had a far easier time of it.

Next and final round is at Silverstone 14th October.