7th at a wet & damp Curborough.

After just missing out on a podium at Aintree I was hopefully for a better result at Curborough alas it was not meant to be. Still had an awesome time sliding the car around. Just would have prefer less rain or after my run instead of before it!

The weekend weather forecast was always a bit dicy and going out second to last in Green Group was either going to give me the most dried out track or if it rained mid group possibly the wettest. Unfortunately only the first 9 cars got an almost dry track. The rest of us were several seconds off the pace due to the weather. That was a shame as after the semi-dry practise runs there could have been 10+ people in the hunt for a podium instead of 4. 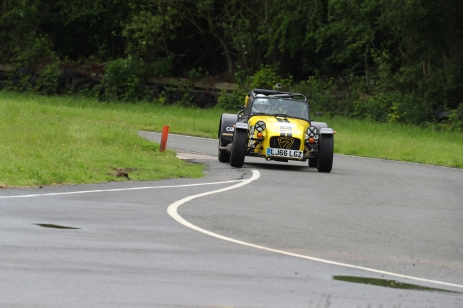 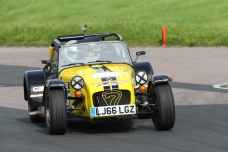 In motorsport that is how it goes sometimes so great job James, Toby & John making the best of the conditions at the time to get in a good lap.

Once it was clear there was no chance of a fast time regardless of how tidy the lap was. The last couple of runs were actually a lot of fun throwing the car around a bit.
One positive is on the last run where everyone had an equally damp track I got the second fastest time. Which is a bit of a racing driver excuse but all things being equal think I would have gotten on that podium or close to it. 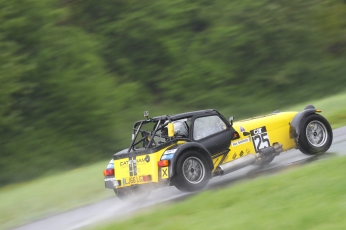